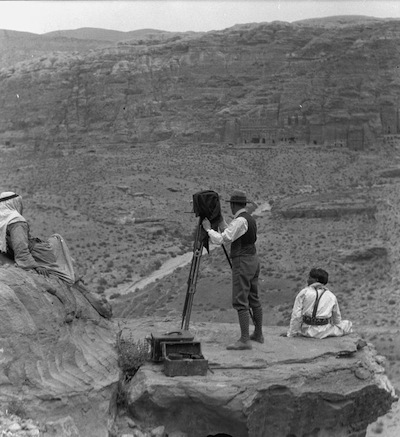 Gastgifvar Eric Matson was born on June 16, 1888 in the Nas parish of Dalarna, Sweden. In 1896, the Matson family joined a group of their Nas countrymen who immigrated to Jerusalem. There, they joined American expatriates to form the American Colony, which provided aid and supplies to poverty-stricken Palestinians. To generate income, Colony residents peddled their hand-colored prints to predominantly American tourists. Two years later, Kaiser Wilhelm II of Germany visited the region, which was impressively photographed by members of the American Colony. The success of this endeavor led to the formation of a permanent photographic department, which satisfied the high tourist demand for regional pictures.

As a teenager, Mr. Matson worked in the photographic department along with Edith Yantiss, a teenage transplant from rural Kansas. Together, they mastered the delicate technical process of hand-tinting prints and lantern slides. Soon, their professional partnership turned into a personal relationship, and the couple married in 1924. Mr. Matson further honed his skills as first assistant to department head Lewis Larsson. Although the community was disbanded in 1930, primarily because of expensive global travel, the Matsons stayed on, and when they left in 1934, they took with them the rich American Colony archive and some photographic equipment. Mr. Matson and his wife formed the Matson Photo Service, and over the next several years they captured thousands of images that depicted everyday life in the Middle East from their vocations to their style of dress to their religious rituals and cultural traditions.

By 1946, the Jewish-Arab conflict had intensified to a point that the Matson family (which now included three children) were forced to leave for their own safety. One of the last images Mr. Matson captured was the bombing of the King David Hotel by Zionist extremists. Traveling through the Holy Land for the final time, he lovingly photographed Qumran, Amman, and Jerash, which are now cities of Jordan and Israel respectively. Despite relocating to the United States, Mr. Matson maintained a staff of photographers in Jerusalem until the late 1950s. In 1966, Edith Yantiss Matson died, and later that same year her husband donated over 20,000 of their negatives to the Library of Congress, which can be viewed on the internet here. G. Eric Matson continued working until his death in December 1977 at the age of 89. 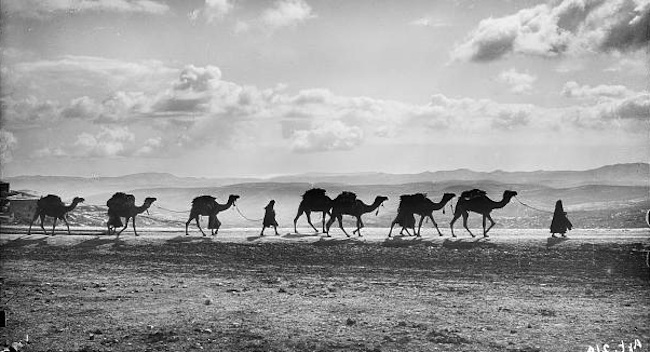