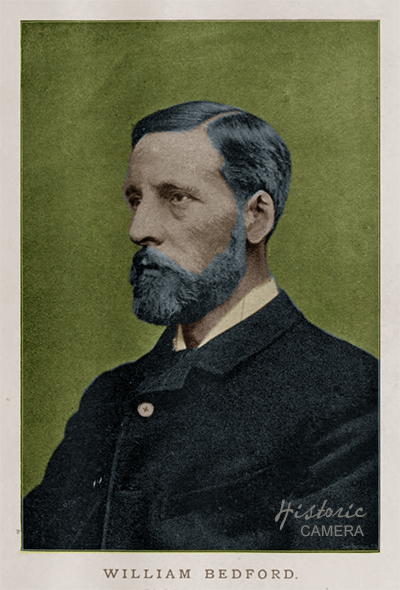 William Bedford was born in 1847. His father was the famous landscape photographer, Francis Bedford, who initially introduced the profession to William at an early age. William learned the mechanics of taking a photo, arrangement, light and how to run a photography business. William later attended Kings College to be educated in the chemical and optical science of photography. After which he worked with his father through the 1890s. William continually experimented with improving his photographic processes and techniques. He frequently published articles on his discoveries and he was regarded as an expert in the new gelatin processes which was becoming a preferred method at the time.

On January 13th, 1893, William Bedford died of typhoid fever in London at the age of forty-six.